I want to buy a property in Turkey 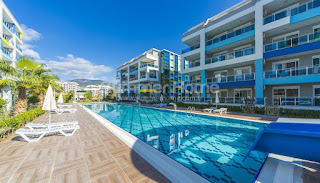 I and my family have been coming to Alanya and to Turkey for more than 10 years now and I am seriously thinking we should buy an apartment here. Sometimes we have stayed in hotels and sometimes we have rented an apartment. It is of course advantages and disadvantages with both. When you stay in a hotel you don’t need to do your own cleaning and you can even get both food and drinks in the hotel depending on what kind of hotel you are choosing. Some hotels even have hamam, SPA and all sorts of things you can do. You rarely need to leave the hotel area because everything you want when you are on a vacation is already there. But on the other hand you don’t have the same freedom, you can’t bring food and drinks for outside into the room. And I get tired of the hotel food after a while, then I want to cook my own food or eat out in a restaurant. The rooms are also pretty “impersonal”, which you really feel when you are staying for a long time, like we do. If you are unlucky in
Yorum Gönder
Devamı

Turkey’s economy really started to improve when President Erdogan and his AKP-party got the power in 2002. Lots of new constructions and new roads were made and the standard of living increased. In 2002, Turkey had a gross domestic product of $ 3,600 per inhabitant and in 2013, it had almost tripled to $ 11,000. Therefore has AKP been a security symbol for many Turks for a long time. Turkey is also a big export country. The most exported gods are vehicle parts, cars, delivery trucks, raw iron bars, jewelry, clothes, and textile. But, the growth has stagnated and it not growing as much as before and as much as Turkey was hoping for. 2016 was a dark year for Turkey with several terrorist attacks who scared away a lot of the tourists. President Erdogan’s attempt to restrict freedom of the press by trying to close Twitter and Facebook made a lot of foreign investors to hesitate to invest in Turkey. However, the situation in Turkey is now calm and back to normal and the tourists
Yorum Gönder
Devamı It is now about 4 years ago since I left Sweden to start a new life with my, at the time, boyfriend, today we are married. And since today is exactly 4 years ago I came here with a one-way ticket, I thought I was gonna share some of the reflections I’ve had since I got here. I first want to start off by saying, it is NOT dangerous to come to Turkey! I have no idea why media has been painting Turkey like a land where bombs go off everywhere all the time. This is NOT true! I’d even like to say it is maybe even safer to go to Turkey than to any other European country because Turkey is working hard to eliminate terrorism. And just look what happened in Stockholm, Paris and Barcelona, Europe is not very safe neither. Turkish is REALLY difficult to learn! After so many years and several Turkish courses I still have problem with it. It is definitely the most difficult language I have after tried to learn. But slowly I am learning. The biggest challenge for me is to remember words bec
Yorum Gönder
Devamı

The Turkish food is one of the best in the world :) 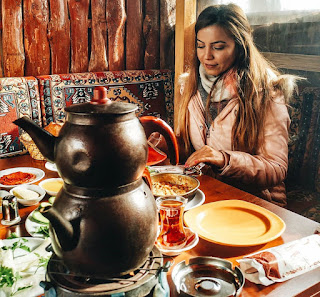 -           Turkish breakfast - is like your own private buffet. On the table, you get lots of small plates with different foods like olives, honey, jams, bread, vegetables cooked in different ways, eggs, börek, cheeses, and of course Turkish tea.   -         Iskender kebab – is probably the most ordered dish in any kebab restaurant. It is long strings of lamb cooked in a rich tomato sauce and served over pita bread with yogurt and topped with golden melted butter. -           Manti – the Turkish version of ravioli. The small kinds of ravioli are stuffed with lamb or beef and served with yogurt or butter with spices and herbs. -           Döner kebab – döner means “something that is turning”. This is slow cooked lamb, chicken or beef stuck on a huge skewer that is slowly cooking and later cut into thin slices and served with rice and vegetables. -           Menemen – is sautéed vegetables with scrambled eggs served with bread. A perfect lunch of the beach. -
Yorum Gönder
Yer: İstanbul, Türkiye
Devamı